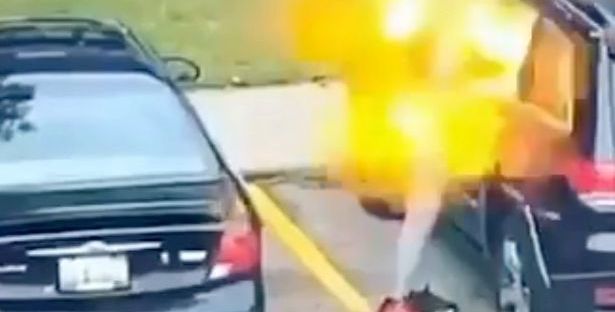 I don’t even remember where I got my first idea of love from. Now that I think of it there seems to be a gap—a space in time missing– between what I saw in my household and how things ended in my favorite TV shows. My parents have been together since 1982. If that sounds like a date out of a history textbook, it is. Michael Jackson and his drippy red jacket released the record-breaking Thriller album. ET built a rickety WiFi network to phone home. And we didn’t know what a Kardashian was. But my parents were out here in these streets falling in love and by the time I broke onto the scene they were well into domestic bliss.

My favorite sitcoms and movies typically ended once the girl got the boy to notice and like her. We’d watch her get all giddy and do that slow painfully long stare at him across the lunchroom and he’d look at something slightly off camera while smiling. We swooned with her. But after 30 – 90 minutes of awkwardness and near misses he’d finally admit how in love he was with her and they’d go to prom. Boom. Done!

But what, pray tell, happened after prom and before marriage?

A whole bunch of utter bullshit is what! That’s why they cut scene. Those producers aren’t slick. They know that the time between sharing that first kiss to deciding to spend the rest of your life together is full of hot garbage. I mean decidedly so, choosing to date someone is typically low risk, nothing too heavy involved but deciding you want to spend the rest of your life together, washing each other’s drawls, eating the last of their favorite snack in the middle of the night, that’s tough and big and epic. There’s a lot of change that happens between those two points. A lot of emotion. Joy, camaraderie, excitement. And then confusion, worry, and uncertainty. And, if/when things get real bad, despondence, betrayal, and anger.

Oh boy does that anger when you’re in love hit entirely different. It’s like a fan with loose blades, spinning out of control and slicing everyone in its path. That’s when we see the “Waiting to Exhale” moment. Have you all seen the movie? There’s a scene where Angela Basset’s character, Bernie, is completely fed up with her cheating husband John. She’s had enough! With a little red wagon in tow, she takes his clothes to his car and sets everything a blaze while smoking a cigarette. BOSS stuff! And by boss I mean extremely hurt and devastated woman stuff!

We’ve all been there. That moment when you feel your brain take a back seat and your emotions grab the steering wheel. Lucky for most of us there weren’t nosy neighbors around who captured the exclusive footage. Well, that is until last week. A young lady went viral after setting her ex-boyfriends Jeep on fire. A video captured by a neighbor shows her dousing the car in accelerant, damn near blowing herself to smithereens, and then escaping like The Beast from Split.

I envisioned her, after it was all said and done, hiding out somewhere with smoldering eyebrows, a mild concussion, and none of her problems solved. At first, I was astonished that she had the audacity to do that in broad daylight and in full view of everyone. Next, I feared for her physical well-being. I mean the blast tossed baby girl into the adjacent car. Last, I feared for her heart. There would be a time in the near future that she would fully understand that all the explosions in the world won’t make someone value you. I don’t know if she expected her ex-boyfriend, while on the phone with his insurance company about vehicular arson, to have a sudden epiphany and reflect on the error of his ways. Nope. Now he just has a story about how his crazy ex-girlfriend, sure to be referred to as ‘that crazy b**ch’ to all his friends, blew up his ride.

I remember the day that I had my blow-up moment. It did not involve fire thankfully. But after a heated argument with my ex, I calmly asked him to leave (not), and then proceeded to (not) gently toss all of his clothing out of my 8th floor window to the dirty alleyway at the back of my building. As his fitted hats and over-sized polo shirts floated in the air like ghetto lanterns, I felt goooood. “That’ll show him!” I yelled to a pigeon that landed on his FUBU sweatshirt. Ah revenge, it was so good…for a moment. But after he was gone, and his clothes were soaking in piss puddles down below, I felt empty. Like I had been rung out. No amount of clothes tossing was going to fix the betrayal. I could sail an entire GAP store worth of clothes out of the window and while it all would make a statement, none of it would make a difference. In fact, none of it did make a difference. He went down there, salvaged what he could and kept it pushing. Ouch.

The only things that helped me truly deal with the anger were the following:

Some people ain’t shit – I mean, lets be honest. People will continue to piss us all off for the foreseeable forever. Setting things ablaze every time it happens is counterproductive, puts us in harm’s way, and does not solve a thing. It’s best to decide on your non-negotiables in a relationship and make sure you express them in a healthy way (use your words!). If your partner does not respect, acknowledge, compromise on, or accept it …congratulations, that person has told you all you need to know about where you stand. There, I just saved you mad money on gasoline.

Author and Brooklyn, NY native! Raising two little people who believe I'm here solely to serve at their leisure and constantly helping my husband find his belt. View all posts by AthenaHernz